We woke up excited for the day. We had planned to enjoy the hot pools prior to breakfast, then drive to play at the base of a glacier followed by a scenic drive along the eastern coast of Iceland.

Well, only one of those happened.

We got to the hot springs around 730am. No one was around. No attendant and no wind either. But it was sprinkling and foggy.

We dipped our toes in each of the 5 pools having a Goldilocks moment as we chose which pool to submerge our bodies. We sat for about 15 minutes in the 2nd warmest pool, savoring the quiet morning and warmth of the water.

We had splurged on our hotel thanks to funds from wonderful friends and family who contributed to our wedding registry.

The stay included breakfast which was nothing fancy but did include homemade bread and interesting jams (cayenne and red pepper jam anyone?) along with the usual European continental breakfast options.

As we gathered our things the rain picked up so we decided to forgo the opportunity to explore the nearby glacier.

The entire drive we kept hoping to turn a corner and see sunshine or at least a lighter layer of clouds but no luck. Our drive consisted of mainly rain and fog.

Andy was especially bummed because the forecast called for partly sunny skies after 12 pm. He knows better than to trust weather forecasts but we had been told that Verdur.is is usually accurate.

The road hugged the coastline with alternating views of a jagged rocks and rolling hills with roaming sheep.

A few miles after getting gas, which, if you’re an American with a US credit card you can’t do at the pumps because our credit cards are not set up with pins for purchases, we drove through a 6 kilometer tunnel.

Andy stopped at one point to touch the walls, expecting it to be very cold and smooth. But instead it was very sharp rock at normal temps.

The tunnel was so long Laurie was hopeful there would be sunshine on the other end, but unfortunately this was not the case.

Around 3:30pm, as we crossed through Egilsstadir, the rain let off and the skies became a bit lighter.

We drove next a long narrow lake which was the home to Iceland’s largest forest. At the end of the lake we took a 40 minute hike up a hill to see Iceland’s 3rd tallest waterfall – Hengifoss. This 128 meter high waterfall is unique because of the red layers of clay between the basalt.

It felt great to be moving in the cool fresh air. As we descended back to our car the sun broke through the clouds (unfortunately in the opposite direction than we were heading).

We attempted to hike to one last waterfall before the sun set but the “short walk” wasn’t so short. We turned around after the seeing the lower of the two falls.

The 9 hours of day light seems like a long time but there is so much to see in this country we always seem to be racing against the clock toward the end of the day.

Also, we don’t believe we’ve mentioned this yet but we have a total of 11 days in Iceland and are driving the Ring Road around the country. It’s enough time to do so but getting the most out of each day takes planning and the understanding that you simply can’t see it all.

We have been booking our accommodations one day ahead of time. This particular evening we chose a coastal town with hopes of clearer skies and an increased chance of seeing the northern lights.

We did not expect the road to gain altitude and take us through snowy alpine tundra before dropping back down to the sea. By now the sun had set and the evening glow reflected off the snowy hills and lakes. It was beautiful! Andy did a great job driving slowly and we both took comfort in our studded winter tires.

We slowly made our way down the hairpin turns to the small town of Seydisfjordur nestled at the end of a long fjord. The twinkling lights at the edge of the water reminded Laurie of small towns in Switzerland.

We made dinner at the hostel and chatted with Max from England and 2 women from Switzerland. We planned out the next day and went to bed with a plan to wake up at midnight in hopes of seeing the northern lights.

Tonight we are grateful for optimism and thermal pools to ourselves. 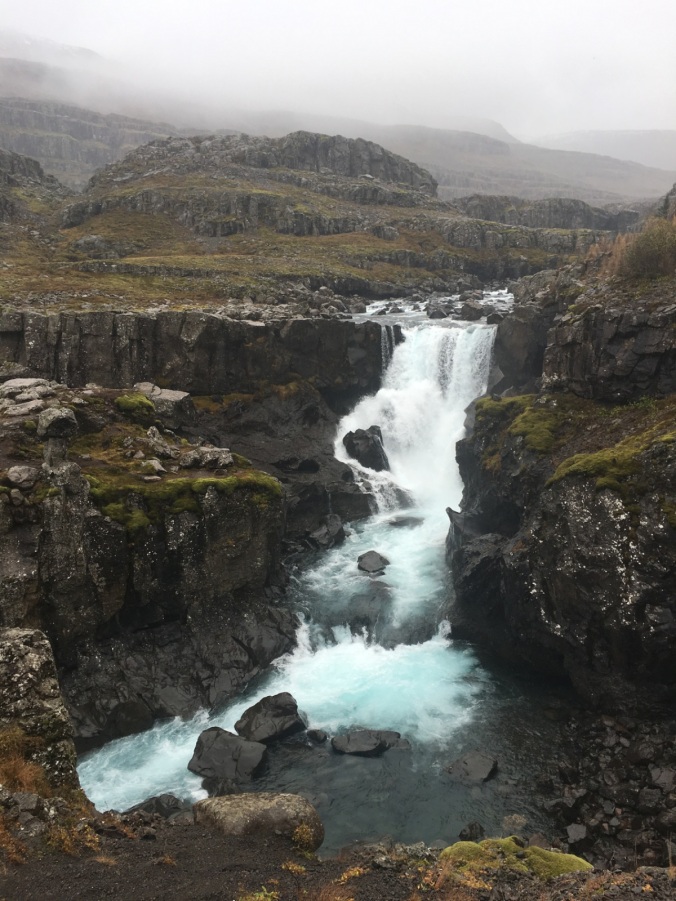 The only wildlife Laurie can capture without them running away (:

How Laurie spends most of her time in the car..😴 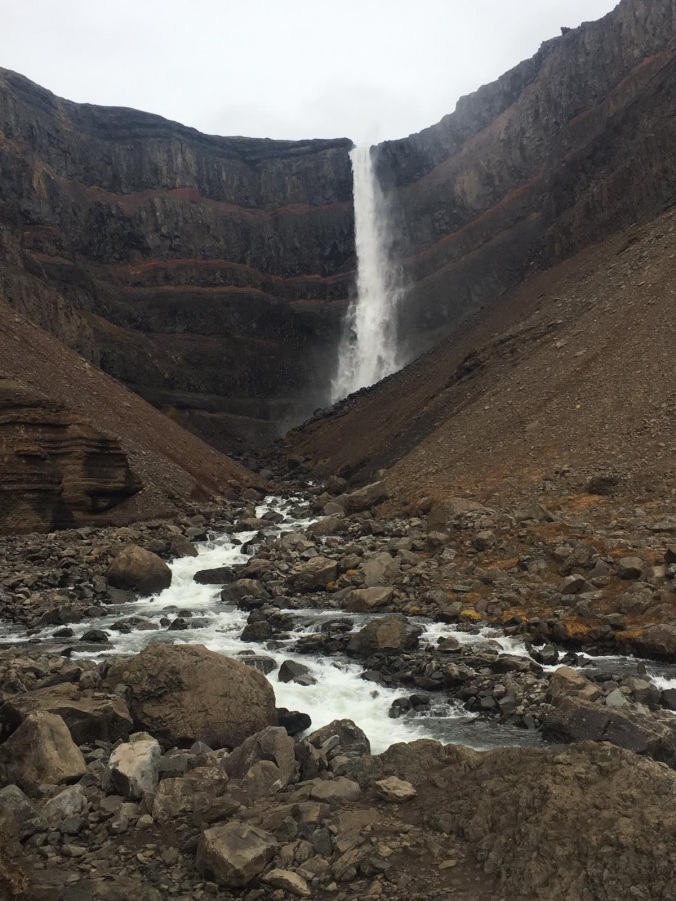