Since we had only 8 miles to walk to get to Kennedy Meadows we decided to sleep in. Sleeping in for us means waking up around 6am and taking our time getting ready. We were on the trail by 7:50am.

The wind picked up last night so our sleeping bags, bear cans and shoes had a layer of dust on them. It didn’t matter though, we are used to being dirty now and embrace it (most of the time).

We walked 4 relatively flat miles through the rocky valley to the South Fork of the Kern river. This is the most running water we have seen in 2 months!

We took a few moments to take it all in.

The trail turned into sand as we neared the Kennedy Meadows road. We walked the one half mile on asphalt and ran into 3 people we had last seen at Paradise Cafe (before mile 200). It was nice to see them and even nicer to know that people like us were heading into the Sierras.

We are both nervous about what lays ahead. We know it is cold and snowy above 10,000 ft. People are switching out to boots but all we have are trail runners.

There are lots of other hikers with only trail runners but the idea that we may not be well prepared is both embarrassing and terrifying for Laurie.

We have ice axes and micro spikes and have been reassured by hikers who have been through this area in past high snow years that we will be fine. It comes down to confidence and right now Laurie is lacking it.

As we walked into the parking lot of the Kennedy Meadows general store we were met with a large applause and cheering from the patio. This is the welcome that every hiker gets. Very cool.

Getting this far is an accomplishment!

We put down our packs and took in the scene. Fifty or so hikers were scattered about – some on picnic tables in front, lots sitting at tables on the large deck and others roaming. The wait for laundry and showers are 1 day long.

We got our resupply boxes and Laurie’s new shoes and headed to the deck to sort and repack. Now that we are entering bear country everything has to fit in our bear cans. It is hard to get 7 days of food in those things but we did the best we could.

We chatted with fellow hikers: Mulan, Pretzel, Krispy and later Dirtmonger. Andy has known of Dirtmonger and followed his blogs for a few years now. The guy is an impressive hiker and his reassurance that as long as we go slowly in the Sierras we can make it helped us a lot.

Thanks for your words of wisdom Dirtmonger!

Everyone has different plans from Kennedy Meadows. Our plan is to head in and see for ourselves what the snow conditions are like. We are excited for the adventure and a bit nervous. We have plenty of food and can always turn around.

After sorting through our resupplies, we got a ride to Grumpy Bear’s restaurant for lunch and wifi. Kennedy Meadows has food but no reception or wifi and we had an important message to relay to Andy’s dad.

Laurie enjoyed a milkshake and we split a cheeseburger with avocado and fries. The food was ok but the trip over was worth it for the wifi.

Laurie checked in with family and Andy messaged his dad, successfully changing the address of our next resupply before he shipped the boxes.

Originally we had them going to the post office but since we are ahead of schedule we will now arrive on Friday of Memorial Day weekend and don’t want to have to wait 3 days to get our packages.

After charging our phones and getting in touch with Andy’s dad (our resupply guru) we headed back to the general store and packed up.

We headed out around 5pm and walked along the road toward the campground thinking it was faster and easier walking than the trail. About 1.5 miles in a family stopped and offered a ride. Initially we said no but then agreed – road walks just aren’t fun. And we enjoy meeting nice people.

Jason and Marilyn, and their 2 kids Addison and Mika, were very generous. Addison- who was probably 2- gave Laurie her lupine flower and Marilyn offered us dried apricots. Again, we were touched by these random acts of kindness. Thanks y’all!

Once back on the PCT we walked another 2 miles along the Kern River to our campsite near a bridge crossing.

We had dinner and Laurie reorganized the bear cans to stuff more food inside. The temperature is dropping and it definitely doesn’t feel like the desert anymore.

It is nice to go to sleep to the sound of rushing water. We’ve really missed it.

Tonight we are grateful for rivers and Andy’s parents for packing and shipping our resupply boxes. 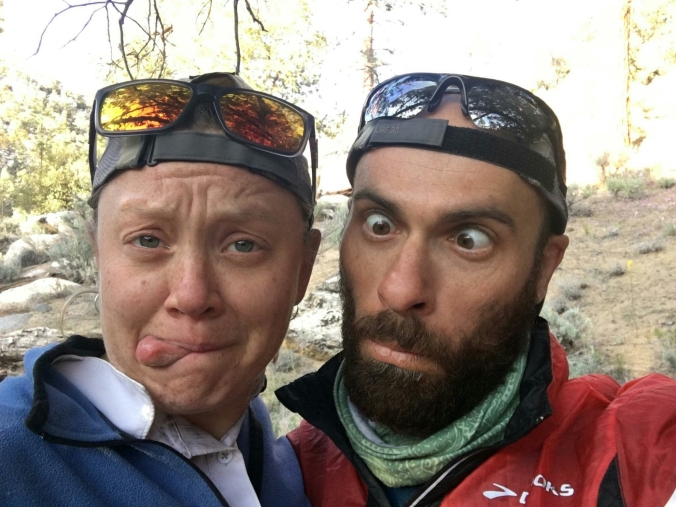 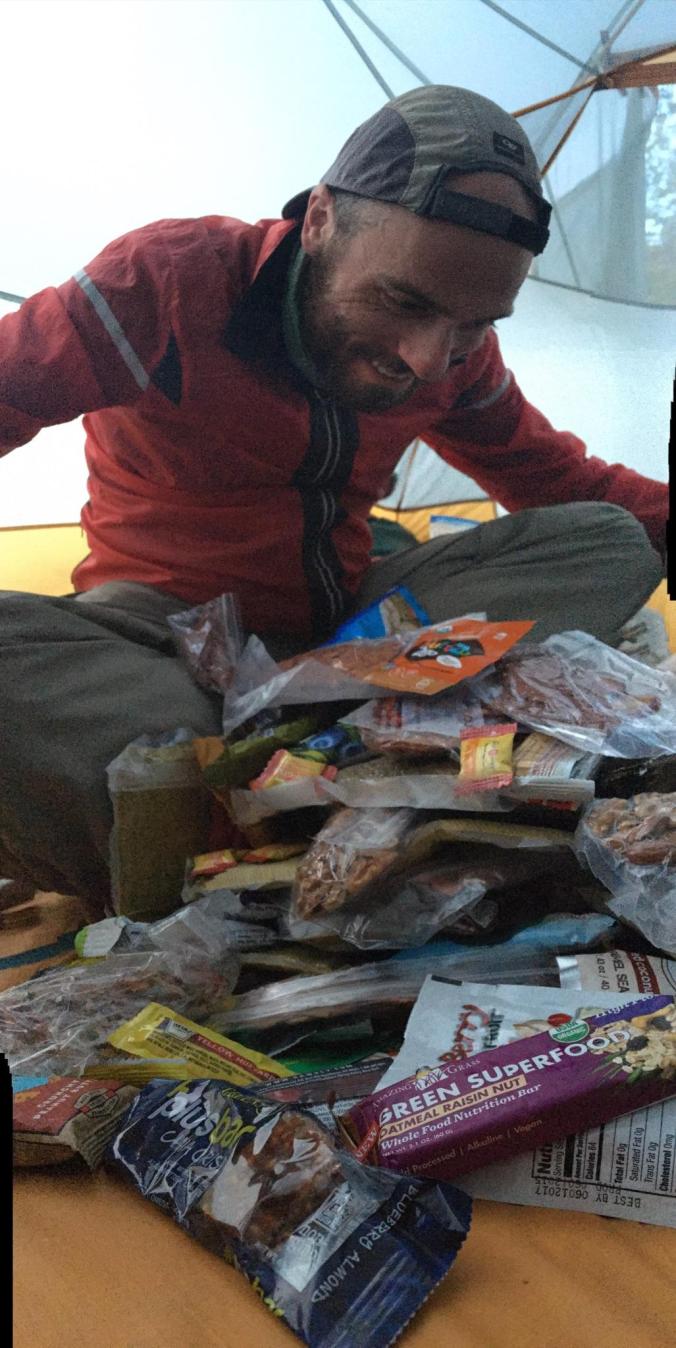 How is it all gonna fit in a bear can?