We woke up to a beautiful dawn. The sun peeped over the horizon as we packed our backpacks. We were walking at 6 along with Fixie and the two Swiss women.

We leap frogged with them all morning. The trail hugged the hillsides like a tight pair of jeans. We walked past bright red Indian Paintbrush and other flowers we don’t know the names of.

We hiked with Fixie for a while. Talking with another hiker broke up the monotony of the morning. This isn’t to say that the trail and surrounding mountains were not beautiful because they certainly were, but talking with others helps get one out of their own head.

We got water at Frog Spring and parted ways. Fixie stayed to snack and rest while we pushed on, not quite ready for a break. The trail gradually headed towards a saddle.

It was like being back in the desert – the late morning sun was intense and we could see the trail contouring the adjoining mountains. Unlike the desert however, there was a large lake below us, spots of shade and expansive views of snow capped mountains.

We kept stopping to take pictures, it was so darn pretty!

At the saddle (7,650 ft) we encountered snow for the first time in days. We side stepped down not wanting to glissade in fear of slipping off the rocky cliff.

From here it was a gradual 3 miles down to Deadfall Lakes. The mountains and rocks on this side of the saddle were red. We wished we knew more about the geology of this region to understand where the variety comes from.

Fixie caught up with us while we took a lunch break and we hiked the last 2 miles to the lakes together. Once there she and Laurie went swimming while Andy soaked his feet while sitting on a log. The water was cold but tolerable. We all felt so refreshed and rejuvenated.

Laurie loves to swim in alpine lakes and through the Sierras everything was frozen. The only other non frozen lakes we have walked by were in Lassen National Park when it was pouring. She was giddy for the next few miles as her body hummed with coolness for the first time in days.

We hiked on, past a few day hikers and backpackers heading back to Parks Creek Trailhead. Laurie secretly wished they would offer us food or cold sodas but no luck.

Once across the road we climbed again but only briefly. The trail stayed reasonably flat as we twisted around the mountainside. We walked across rock slide areas and through areas with trees scattered about.

We spoke about attempting our first 30 mile day but the next known tentsite was at mile 34. That was too far. We were both tempted to try for a junction a few miles away but after looking at the topo map the options of flat spots appeared few and far between.

We got to Chilcoot Creek around 6:45 pm. Speed, another hike we had met yesterday, was already there. We decided to stay. Had we pushed on to the junction it would have been only 29.2 miles. It wasn’t worth it. Maybe tomorrow we will try again. We will see how our bodies feel and what makes most sense.

We sat outside our tent in the sun and enjoyed a chunk of cheese. It was the best way to celebrate our longest mileage day yet!

Once the swarming gnats got the best of us Laurie retreated to the tent while Andy boiled water for dinner.

We ate, sorted food and devised a rough plan for the next 2 days. We watched the trees dance in the wind as the last light faded from the sky and our eyes got heavy.

Tonight we are grateful for lakes to swim in and miso soup. 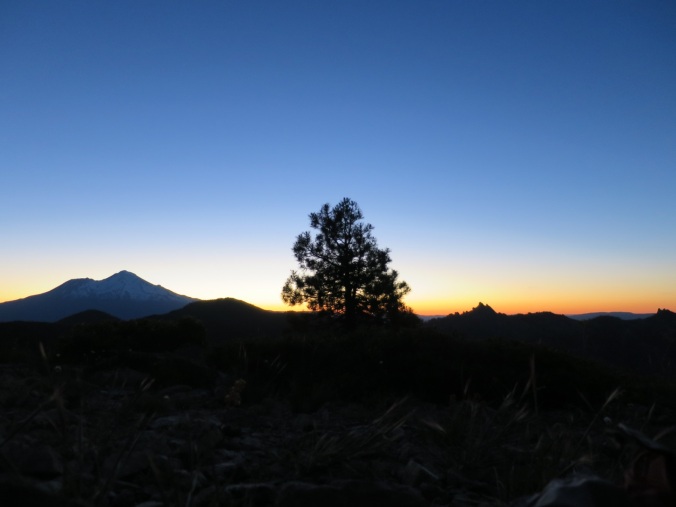 The flora of Laurie's labor 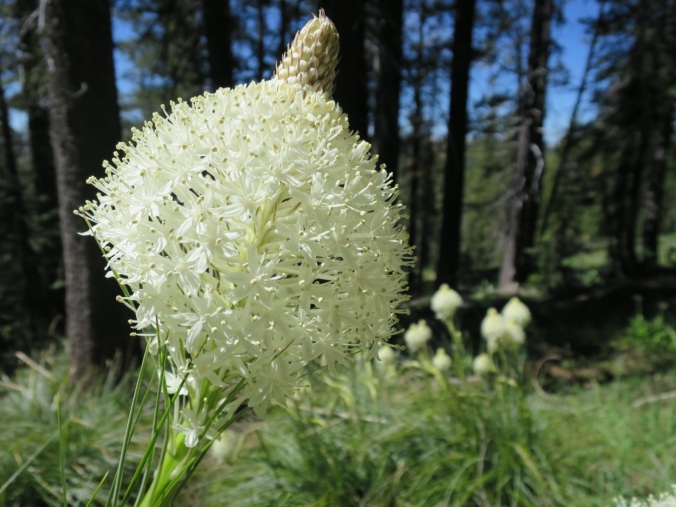 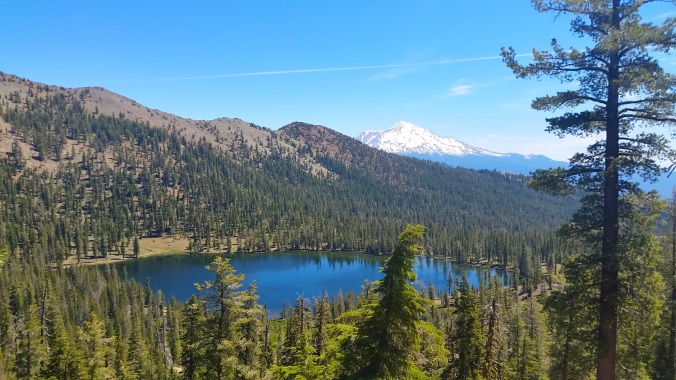 Leave a Reply to Scott - The TO Trio Cancel reply

So much has changed in a year and a half. It's hard to believe we got married at this very spot in June 2018. Life sure if different now but we wouldn't trade it for anything. Every day is sweeter and more fulfilling with our little guy, but life is more challenging too. Reminders to appreciate the moment, enjoy one another and go with the flow are aplenty. Case in point, we went to Yosemite this past weekend to snowshoe with Miles but high winds and downed trees closed Hwy 41. With no access to Badger Pass, we Spent time in The Valley. As back up plans go, it's a pretty good one and we made the most of it.
First snowshoe this winter was to Minaret Vista in Mammoth. It's a fairly level snowshoe but still challenging at 9000 ft. It was blustery but Miles stayed nice and toasty in his koala onesie. It was a good test run for the adventures we have planned for this winter. : : : : : : #minaretvista #mammoth #mammothmountain #mammothlakes #snowshoe #snowshoeing
We left LA with one goal - camp in the Alabama Hills and wake up with the sun kissing the Eastern Sierra range (I guess that's two goals?) At 7am we ripped the vinyl covers off the camper windows, excited to catch the sunrise. In doing so we woke Miles, who looked around, still delirious with sleepy eyes, wondering what all the commotion was about. We both laughed, knowing how grumpy Miles can be when woken from his sleep unnaturally. In the end, it was worth seeing the sun light up a mountain so special to us. And sharing that with our little man made it more special. : : : : : #alabamahills #alabamahillscalifornia #easternsierra #sunrise
“Hey look, we’re hiking above the clouds” says Laurie to the LA native. To which I respond, “No sweetie, that’s haze.” A lot of people don’t like LA for a lot of reasons, many of them valid. But I’m still one that really appreciates the Nature that is so accessible from many parts of the city. This photo was taken from the Mt. Wilson Trail, built in the 1800s, that begins in the town of Sierra Madre and ascends ~almost 5,500 vertical feet (in under 7 miles) to the top of Mt. Wilson. The trail kicked our butts as we hadn’t done a hike like this in a long, long time. It’s been three days and we’re still very sore from it. . . . . . . #mtwilson #mtwilsonobservatory #mtwilsontrail #mountwilson #socal #socalhiking #hikinginla #mountwilsontrail
We’ve enjoyed two solid days of play this weekend. Doesn’t happen very often but it sure felt good to get outside! Video - Sugarloaf Open Space, Walnut Creek, CA Photo - Marin Headlands
Just a guy skipping rocks like a boss (:
%d bloggers like this: