Our alarms went off at 5 am. We both opened our eyes, looked at the morning light casting a pink glow over Lassen and fell back asleep.

We woke up the second time around 6 am and motivated one another to get moving. Without a wet tent packing up was much faster and we were walking a little before 7 am.

The trail stayed on top of Hat Creek Rim for the first half of the day. We admired the green valley down to our left and took in the expansive views of Shasta to the north and Lassen to the south.

We walked through patches of flowers and dandelion puffballs. Laurie tried numerous times to make a wish and blow out the balls but the feathers were persistent and only a few blew off. We resorted to whapping them with our poles as we walked by. It was cheap entertainment for a few miles.

Lava rocks were scattered amongst the grasses and made for difficult walking, especially when the trail was overgrown.

We rolled our ankles numerous times and although it was morning and our feet were fresh, certain steps hurt more than others when rocks hit the sensitive parts of our feet.

Laurie tripped on one such rock and nearly fell flat on her face. Thankfully she has the reflexes of a cheetah and caught herself with a large lunge. It was a close one but she didn’t tweak anything.

The grade of the trail was gentle. We walked along staring at the majestic appearance of Shasta covered in snow. There were no other mountains around and it stuck out almost as if it were photoshopped into the landscape.

The morning air was cool and refreshing and we felt happy. It felt good to be enjoying the trail and our adventure again. Our confidence was back and we were having fun. We are laughing and being goofy again like we were in the desert. Yay!

It ain’t all peaches and cream though.

Laurie has a hard time accepting the decisions she makes. She torments herself with constant “what ifs.” In this instance she regrets not picking up the trail in Truckee.

“What if the water crossings were easier? What if there wasn’t as much snow there as before Mammoth?”

Our 406 mile skip put us out of the range of snow and raging rivers but also ahead of most other hikers. Laurie misses the camaraderie. It is also possible that we will hit snow around Crater Lake.

All the unknowns create anxiety for Laurie. Andy, on the other hand, focuses on the present moment with an understanding that a lot can change between now and when we get to Crater Lake in early July.

Andy tries to reassure Laurie and remind her to enjoy the here and now, while Laurie comes up with plans to gather more info.

This is just another example of how different we are but how we use these differences to make us a stronger team.

During a short break after 6 miles we met 2 hikers who had also flipped. They were hiking south from Ashland after skipping all of the Sierras. It was reassuring to hear that the trail was relatively clear (some snow and blow downs but nothing major) til Ashland.

This trail provides constant lessons in going with the flow and letting the adventure unfold rather than planning it all out in advance.

The trail made a sudden turn into a forest and then down into an open grassland. Andy felt as though he had walked into the Serengeti.

The temperature had risen and it was now hot. We both wished we still had our umbrellas to provide a bubble of shade.

The trail, like life, can have us wishing for one thing, then cursing at the very thing we had wished for only two days ago.

We were cold, wet and uncomfortable in Lassen National Park. And now we are overheating and wishing it were colder. “I don’t know if I should enjoy this sun or not. Two days ago I was wishing for it” said a disgruntled southbound hiker who passed us walking with his head down.

We walked on, passed some oak trees, an algae infested pond and two women who had started hiking 3 days ago.

They were new to backpacking and looking to hike 1,000 miles to Seattle. Being from Texas they found the temperature mild, but the hiking difficult.

“How long til this doesn’t suck?” Asked one of the women.

Laurie responded by telling them that their attitude and approach will determine the experience they will have.

Later Laurie gave the gals her peanut M&Ms. “I like giving myself treats. It helps me feel better on rough days.”

We walked as fast as we could on the rocky trail. Laurie had a good laugh or two (or three) following Andy and watching him trip and kick rocks onto his opposite foot.

But not even his drunken walking could distract her from her discomfort. It was hot, the trail was rocky and there were mozzies swarming us.

“Two nuisances I can handle, but three is too many.”

“Gotcha. It’s like when we were in the Angeles National Forest right?”

“Yup. When we had poodle dog bush, poison oak, biting flies and heat.”

At one point we stopped to put water in our Platypus bladders. Laurie sat down to rest but was on her feet 2 minutes later because the mosquitoes were swarming her. Poor Andy didn’t even have a chance to sit before Laurie was on the move again.

All Laurie wanted to cool her down was for someone to give her an ice cold Coca Cola.

She could practically taste the bubbly, sugary goodness. This is odd because she never drinks soda.

We made it to Baum Lake and ran into many people fishing off the bridge and swimming in the lake. Laurie wished someone would give her a Coke, but not many people acknowledged us.

Half a mile after crossing another bridge over Baum Lake we made it to camp. It reminded us of Myrtle Flat – tons of mozzies and lots of deer deer.

On the way to camp Laurie commented how the people fishing were cheating because we were near a fish hatchery. Andy thought they were smart.

We quickly erected the tent and Laurie crawled in. She doesn’t like mosquitoes. Andy cooked dinner while Laurie cleaned her dirty feet and watched the mosquitoes swarm.

We are not sure when, but somewhere along the way Andy has stopped giving a shit about mosquitos. They love him, and still swarm him like crazy but he is okay sitting outside the tent cooking dinner.

Tonight we fall asleep to the buzz of mosquitoes from the safety of our tent. The moon is bright and our feet are tired but our hearts are happy.

Tonight we are grateful for the soles of our shoes and cool breezes. 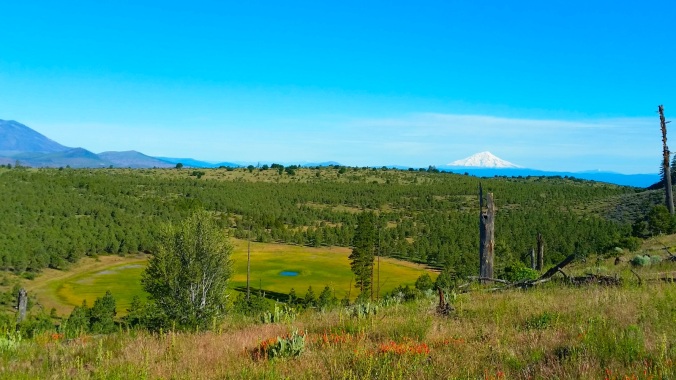 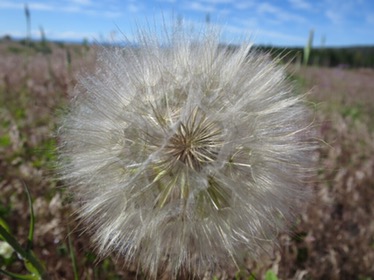 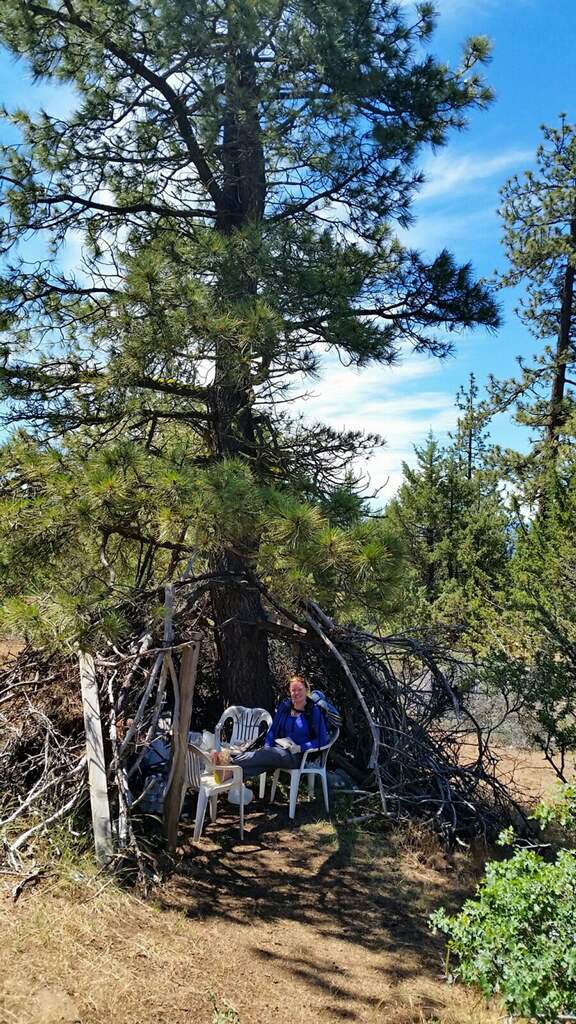 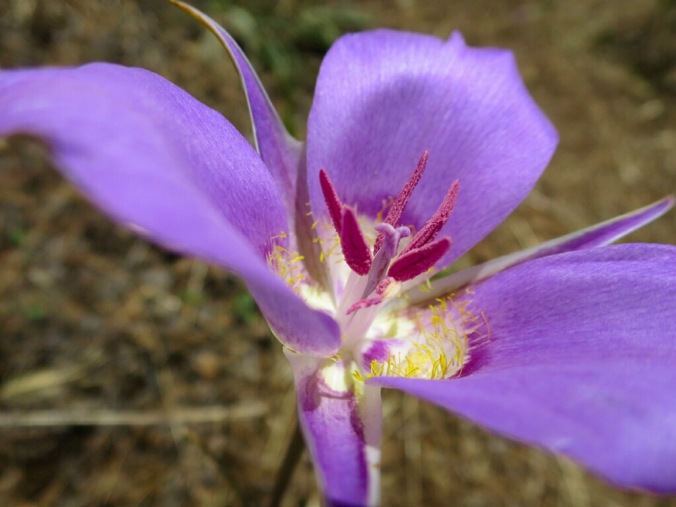 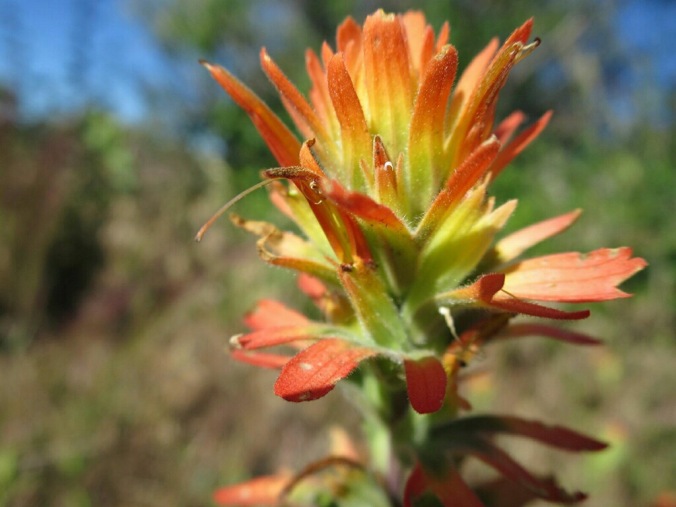