Laurie shook Andy awake at 3:30am but Andy wasn’t having any of it.

Our bodies were tired and wanted more rest but we knew if we wanted a slight chance of having hard snow descending Muir Pass we had to get up early and go for it.

By 4:45am we were on the trail. Le Conte Canyon is spectacular, especially in the morning light.

We switchbacked up the side of the mountain, huffing and puffing but felling good. The morning air below 10,000 feet was warm – we didn’t even need our fleece or windbreakers.

After about an hour and a half of hiking we reached an icy river crossing. We managed to rock hop our way across but took a wrong turn afterwards, losing 15 minutes. Arg!

Once back on trail we continued hiking up and up. The temperature dropped and the trail disappeared.

It was an absolutely stunning morning. We hiked on snow, under which creeks ran. We hiked past frozen lakes beginning to thaw. And we hiked through some of the most picturesque alpine scenery.

We kept thinking the hut would be around the next bend. But no. There was just another snow field or frozen lake.

Finally around 8:20am we reached Muir Pass and Muir Hut. The hut is a stone masterpiece.

Hiking on snow is hard work. Waking up early and pushing yourself doesn’t make it any easier.

All the effort required the last three days had taken a toll on Andy. He was tired today. Climbing up to Muir Pass he was fine but afterwards he could barely move.

You would not have seen it coming as he was so social at the Pass with Dirk and Sabine (the German couple), Stoic, So Hard and new hikers we met named Overload, Mary Poppins and Prince.

Just as Lefty arrived we started our long descent from Muir Pass into Evolution Basin. This is one of our favorite places in the Sierras.

And they did not disappoint.

It was only 10 am but it was so warm the snow was already slushy and slippery. Most of the descent into Evolution Basin we spent with our heads down, squinting at the brightness of the snow, checking and double checking if we actually had our sunglasses on.

Andy’s energy was fading fast. And his feet hurt too. Ever since his shoes got wet they haven’t been as comfortable. The backs of both his heels rub and require taping.

Wanting to get to the end of the snow before it got really slushy, we didn’t take a lunch break until about 1pm (mind you we were up at 3:30am).

We sat in the shade next to Evolution Lake, and relaxed, and ate, and ate. Andy tried to eat his weight in food to regain energy but nothing helped. And it’s not like he’s not drinking enough water. Yesterday he drank 5 (!!) liters. It felt like we were back in the desert!

After about an hour we shouldered our packs once more and headed down the trail. After about 15 minutes the trail was snow free, but we couldn’t go very fast. Our feet hurt.

The Sierras are wearing us down. We can get through it though.

This is simply the next phase in getting stronger.

We rock hopped or log walked across the many streams enroute to Colby Meadow and McClure Meadow (the ranger station is still closed) and eventually to Evolution Meadow.

On the decent Laurie was losing steam too. The heat takes a toll on her. And this afternoon it was warm.

We had planned to camp near the alternate crossing of Evolution Creek and cross it in the morning.

But when we got to the crossing we ran into Dirk and Sabine. They were scoping out the creek in hopes of crossing it this afternoon.

They ventured out across the meadow and were gone for about 15 minutes.

“There is nothing to fear. We can cross now. We don’t have to wait until morning” announced Dirk upon their return.

Dirk and Sabine were really excited to cross in the afternoon (it was only 4:30pm) and hike a few more miles before stopping.

We all ventured into the creek and went for it.

The water at first was very calm and shallow but in the middle got deep. It was groin deep but luckily it wasn’t flowing very fast. Everyone got across safely and quickly changed into dry clothes.

Laurie was really relieved to have this crossing behind her. She had stressed over it for days now. But it was done. We were free to move on.

The four of us left the mosquito infested creek and hiked through the meadow on the alternate trail back to the PCT. Three tenths of a mile into the walk we passed a campsite.

Dirk and Sabine are planning to push on another 2 miles but we were beat. We dropped out packs and called this site home.

It’s very pretty here, and despite the plethora of mosquitoes attacking us, we are happy to be here, on the opposite shores of Evolution Creek.

Tonight we are grateful for our bugproof shelter and friendly hikers. 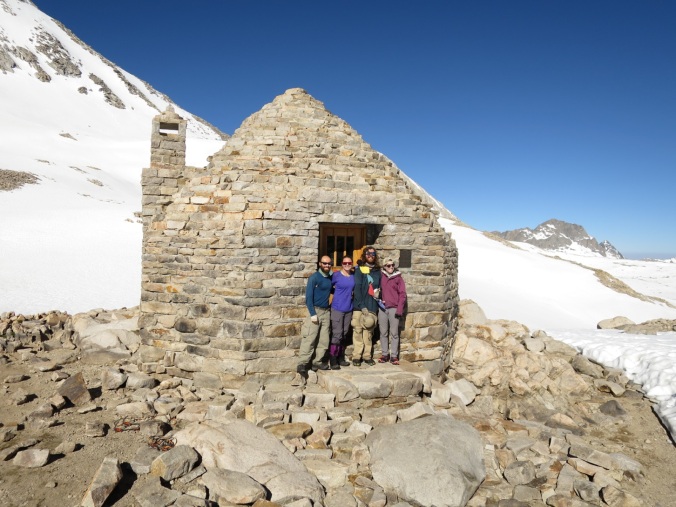 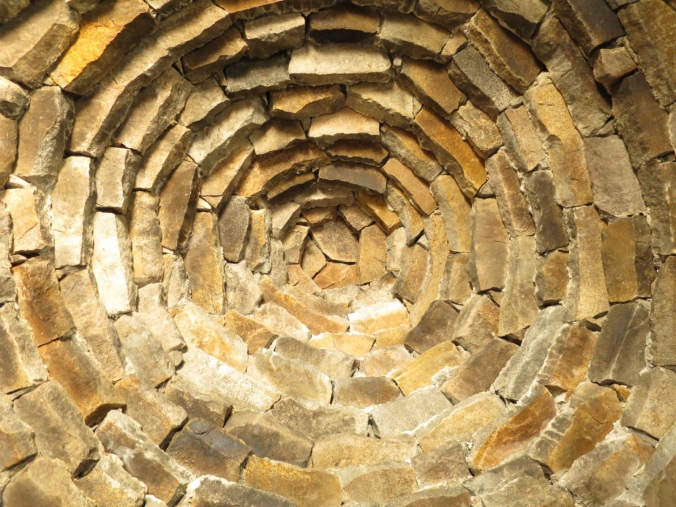 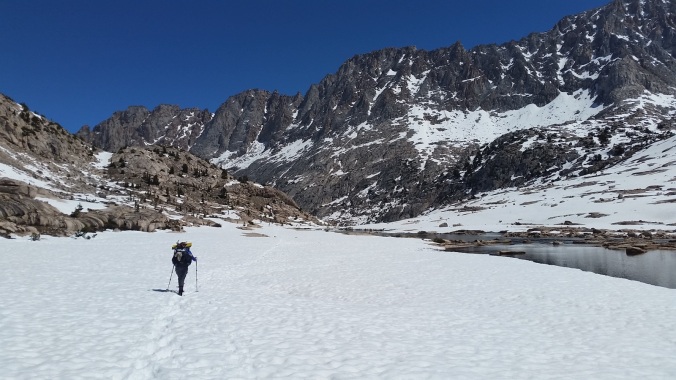