We woke up to the sounds of woodpeckers knocking on the trees around us. Andy thinks that noise would make a great alarm clock tone.

The songs of other small birds joined in and a symphony filled the air.

Andy shuffled around organizing his belongings while Laurie relished the extra 15 minutes in her sleeping bag.

We packed up and were on the trail just before 7am. There was a chill in the air so we hiked quickly to get warm. The sun kissed our backs as we hiked high above Big Bear Lake, warming us once again. The lake is the lowest Andy’s ever seen. The drought is still going…

The last few days we have been proudly enjoying the fact that this is the longest either one of us has hiked continously. And, if we hike according to plan, we should reach and surpass the 300 mile mark tomorrow!

This momentous occasion could have given us plenty to talk about, but we didn’t talk much in the morning. And when we did, we were short and snappy with one another.

Andy thinks it’s because sometimes we don’t communicate what we want the other person to do. Instead we expect them to be mind readers and already know what it is that we want. This can lead to frustration (sometimes silent frustration) and cause a rift.

But by 3pm, we were ok again. We talked, expressed our feelings and moved on.

We walked through a large burn area and had to seek inspiration and beauty from the passing clouds, blooming flowers, their scents, rock formations in the distance and – if you’re Laurie – an audiobook.

At one point Laurie was hiking very quickly. So quickly in fact that Andy was caught off guard and had trouble keeping pace. Laurie is listening to Boys In The Boat, and got caught up in the excitement and suspense of a regatta.

Holcomb Creek was our companion today. We crossed it 3 times. Oh how wonderful it is to see running water in a creek!

Just before we got to one of two back to back river crossings, a dog ran toward us growling and barking.

“It’s ok boy, you’re ok” Laurie said to the dog with a very calm voice. (Laurie likes to hike in front and this is what scares Andy most – unexpected encounters with unfriendly pets or wild animals.)

A few seconds later man’s voice commanded his dog to relax and be quiet. It worked for a millisecond, then the dog started barking, growling and fake charging us again. Finally the owner came up to the dog, picked it up and walked by us. Another man carrying a heavy, large backpack walked passed, followed by a woman carrying a shotgun. They left their cooler in the middle of the trail for us to walk around.

Sunday in the mountains…

So far we’ve seen three shiny party balloons caught in trees. Unfortunately forests are where many of these balloons settle once released – intentionally or otherwise.

We reached camp just before 4pm. We hiked 18 miles on 9 hours, including breaks! We’re happy with that.

As far as we know based on our maps, app and word of mouth, this is the last tenting spot for at least 20 miles. So this became home for the evening.

About 6 people were already set up. Andy went over to the guys and was chattin with em while Laurie cleaned up and started “making home.”

We have a nice routine and division of labor- we put up the tent together then Laurie crawls inside to inflate the pads and unpack the sleeping bags while Andy gets water and makes dinner.

Andy’s left foot was bothering him today and at camp he found the source of the problem. Under the ball of his foot was a blister. He later noticed another one on his right big toe.

He’s not sure why he’s having these issues. He suspects it must be his new socks. They are the same brand but new and must be causing extra friction. He’s not happy and will wear his old socks tomorrow.

On a happier note, Laurie is finally over her cold. She continues to have blisters between her toes but they are slowly turning into calluses. It is nice to see her feet hardening.

We decided to eat in our tents tonight since the wind picked up and the temperature dropped.

Outside, the guys sounded like they were havin a good time. Then they all started caughing. Lots of people smoke on the trail. It’s a thing. The coughing outside the tent was met with coughing in our tent as sugar went down the wrong pipe while Laurie was eating candy ☺

It’s now 9:15 and Laurie is sound asleep, as are most of the guys here. Andy’s up though, listening to gunshots in the distance.

Sunday in the mountains…

Tonight we are grateful for bug and mosquito free hiking and our warm tent sheltering us from the wind. 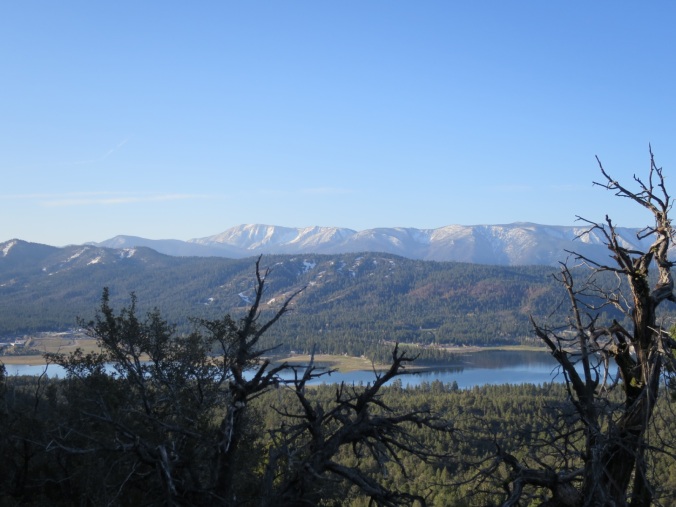 Poppy fever
Camp life
Yosemite in winter = less crowds.
I mentioned two posts ago that winter camping with Miles was mostly good. And it was. Below are the challenges we faced.
Our little rascal turns 2 today! I'm lost for words at the moment but I can say this - we are grateful he chose us as his parents and it's quite a privilege to raise this wonderful little human.
Took the little man winter camping for the first time. It was mostly a success. Hearing Miles say Half Dome is sooo adorable.
<span>%d</span> bloggers like this: