Today was all downhill. We wanted to start early since we would be dropping down into the heat of the desert but our sleeping bags were too cozy.

We woke up to see the sun slowly lighting up the face of Mt. San Jacinto. Laurie had taken a Benadryl the night before and was slow to rise. For the first time Andy was packed and ready before her. I guess next time he doesn’t need the 10 minute handicap. But he does need to work on his celebration dance 😅

We headed down into the dry, dusty valley. The windmills grew larger as we got closer. Lizards ran out of our way as we slowly descended. The trail was gradually graded but the sun and heat intensified as the day wore on.

Laurie entertained herself with an audiobook to distract from the endless seeming descent. Andy stared out into the opposing hills trying to figure out where the next days’ adventure would take us.

“Which came first- the water faucet or the PCT?” Andy asked.

Laurie didn’t know and was too hot and tired to try to think of an answer.

The downhill wasn’t fun. It was a slog. And it wasn’t that easy either. Although gently graded, the heat and long miles do take their toll.

We walked the next mile on a closed paved road. Laurie chuckled at herself as she paced back and forth trying to figure out how to get around or under the gate without having to take off her umbrella. Amazing how lazy we get sometimes!

It was then another 3 sandy miles to Ziggy and the Bear. The longest miles of Laurie’s life!

We dogged through the flat land, sinking into the sand with each step. Just brutal.

We walked under the railroad tracks and Interstate 10, then up a gentle incline, still walking on what seemed like quicksand to the Trail Angels ziggy and the bear.

Laurie was like a wilted flower when we finally arrived. The bear had us sign in and took a picture of us holding our names and number – like mugshots. We were hikers # 201 and 202. Crazy to think that 200 people are ahead of us this early in the season! Bear said that they had a total of 1,800 hikers last year.

Laurie came back to life after drinking a cold Gatorade. We soaked our feet, washed out our socks and hung out in the anarondack chairs on the porch. The entire backyard is covered in carpet and it felt good to walk around with barefeet. We ate dinner and chatted with other hikers until it was bedtime.

We thank ziggy and bear for their hospitality. This place is a safe haven from the desert heat and wind. It was also nice to end here after a tough day.

Tonight we are grateful for healthy limbs and water! 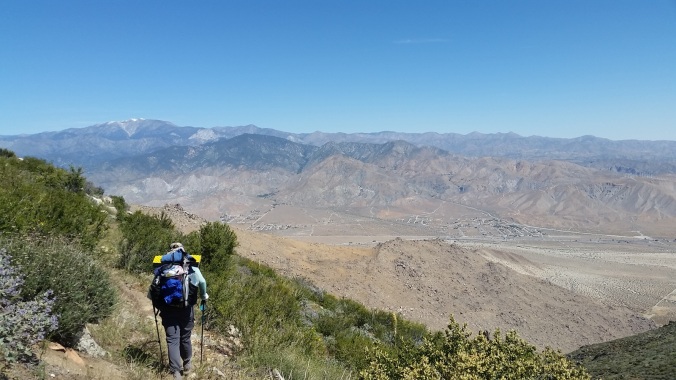 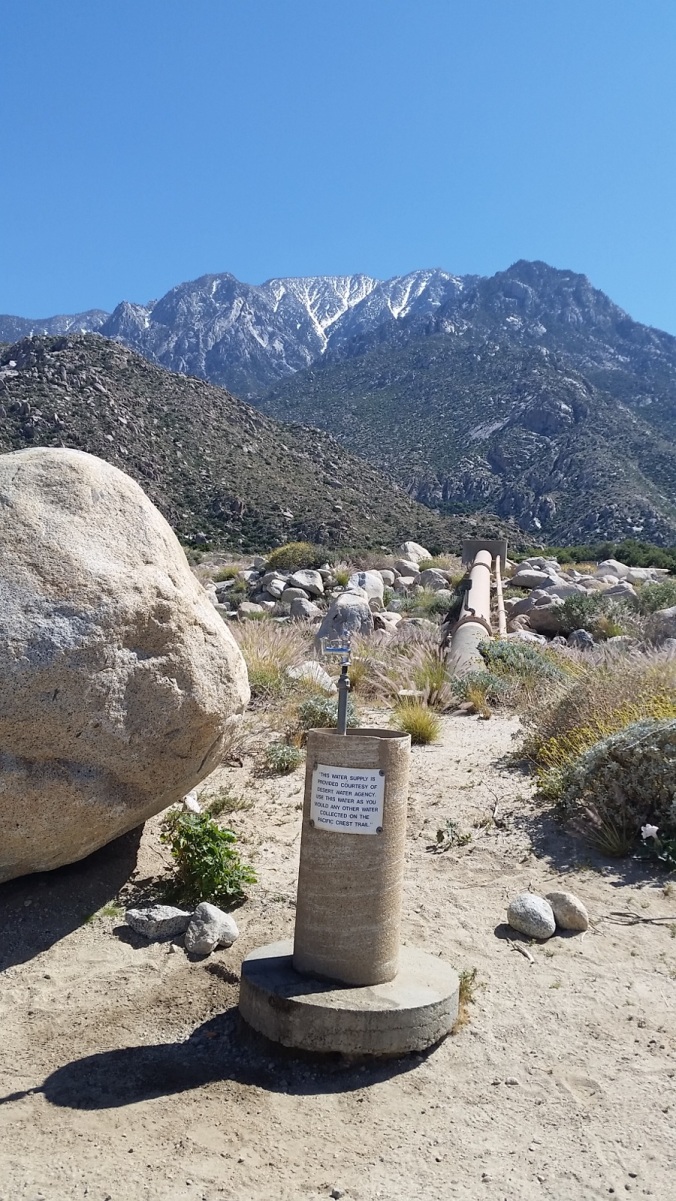 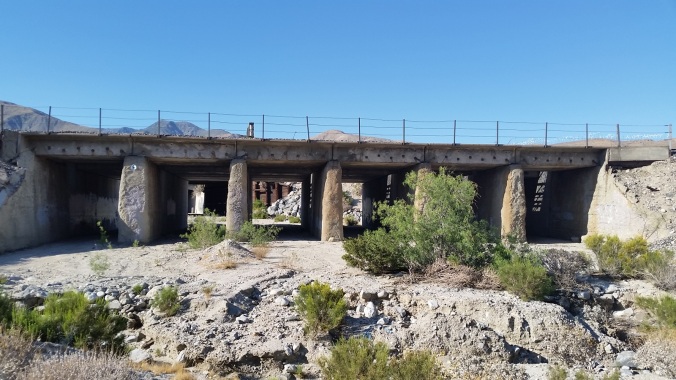 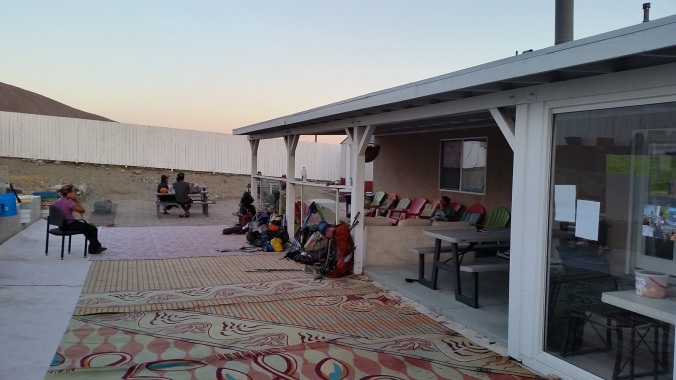