Our alarms went off at 5:10am. It felt early! We both slept deeply- so deeply in fact we did not hear any of the train noise we had been warned about.

Laurie, who likes to take every opportunity to get clean, took one last shower. Unfortunately the cleanliness didn’t last long as she dropped chocolate bits of her Amazing Grass bar on her shirt as we waited outside for our ride.

We had arranged for a local trail angel to come get us and another hiker named Walking Home, at 6 am.

We sat outside and around 6:10 Rodney showed up. We piled 3 backpacks into the trunk of his car and were on our way.

We picked up the trail exactly where Paisley had picked us up the day before. The air was slightly chilly, exactly why we wanted to get an early start.

The first two miles of the trail were nearly non existent. Last year flash floods caused huge mudslides that washed out the trail and the highway, trapping many cars and trucks in thick mud.

We walked on loose rocks stuck in sand, past Joshua trees and eventually re-united with our 18 inch strip of dirt- aka the PCT.

We both felt slow and tired this morning. We were carrying 5 days of food and 4 liters of water each.

To make matters worse we only slept 6 hours last night. Not nearly enough for our bodies and minds to recover from the daily physical exertion.

And, this morning was all about climbing: 2,323 ft over 7 miles. We slowly switchbacked up the exposed hillside as the heat intensified. There were moments of relief when the wind picked up but mainly it was just. plain. hot!

Near the top of the climb, we found a shady spot off the dirt road and enjoyed our first lunch.

We hiked on said dirt road for a few miles. Laurie felt as though she were sleep walking and Andy’s yawning didn’t help. Just after 1 pm we took a 2nd lunch break. Laurie quickly fell asleep on Andy’s shoulder. As the sun once again encroached in our shade we readjusted and Laurie took a 2nd delicious nap.

We needed the rest. Towns have been hard for us. Going into town is exciting, but once there, we don’t really relax. We go into town feeling light and free only to return to the trail feeling heavy and burdened with responsibilities.

We have long to do lists for our town stops, including checking in with family, purchasing and figuring out where to send new gear and updating our blog and social media.  We haven’t yet figured out how to balance responsibilities, preparation for the next section and rest. Hopefully we’ll figure it out sooner than later.

Revitalized by the rest and cooling air we walked the remaining 5 miles to camp. We were running low on water and debated whether to look for spots after the spring 0.6 miles away.

Since we really enjoy dry camping, and knowing that there aren’t many places to camp near the spring, we decided to set up our tent and walk the 1.2 miles roundtrip to get more water. The spring looked gross with green algae growing out of the trough but the water looked clear.

In the desert we’ll take water where we can get it, and luckily this water was clean and delicious. Andy can taste the difference in water but Laurie can’t. Not sure who’s better off there.

We were only minutes away from our tent after getting water when we heard a familiar rattle. Andy was leading and picked up the pace while Laurie stopped in her tracks, curling her toes inside her shoes.

Near the trail was a HUGE rattlesnake. Laurie tried to walk around but couldn’t get herself to do it. Eventually the snake slithered across the trail and into the rocks, allowing us to continue on.

We were slightly jarred but grateful for the reminder that we are still in the desert and in snake country! Now we know that snake hour is 7am to 7pm. Guess Andy will be leading through the rest of the desert.

Once back to the safety of our tent we ate dinner and got ready for bed. We are tired and it’s hiker midnight (9pm). Time to sleep. Goodnight.

Tonight we are grateful for our quick reflexes and comfy air mattresses. 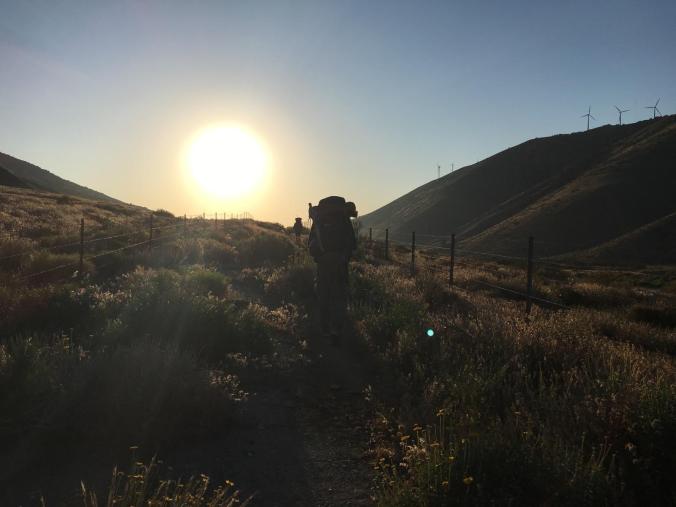 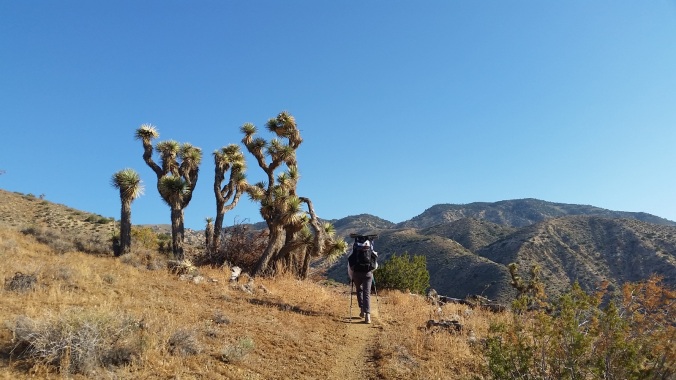 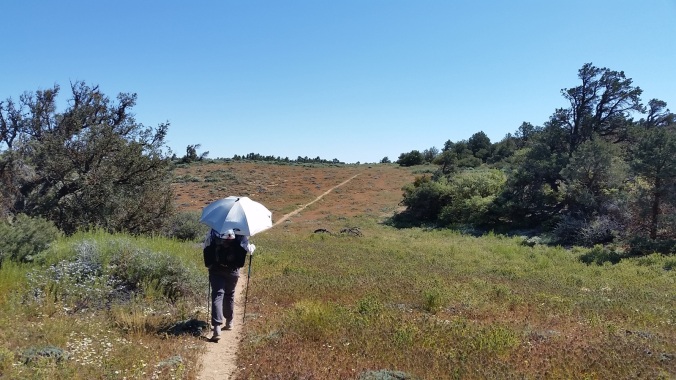 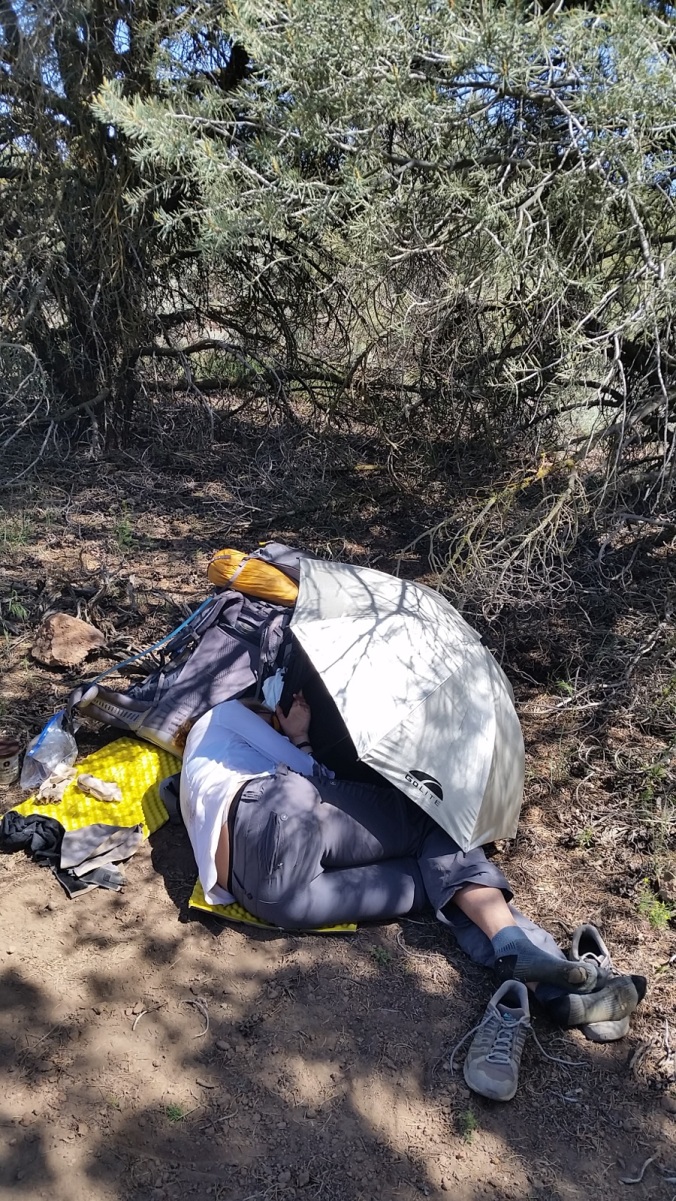 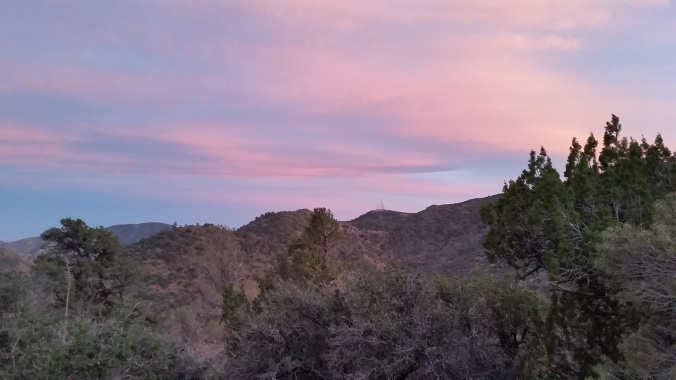